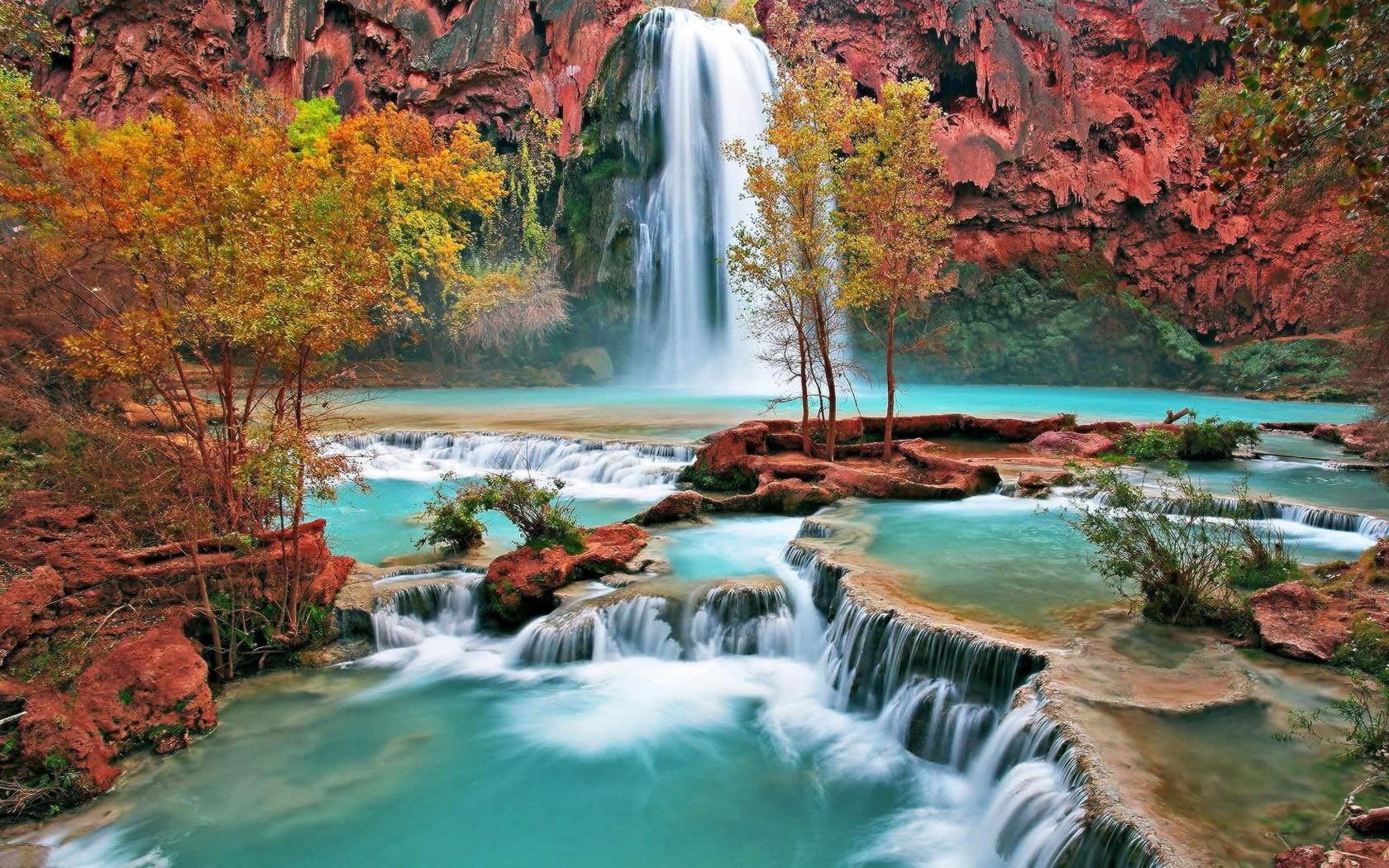 How you do anything is how you do everything!

Your movement reflects your stories on how you live life. Movement feedback allows you to observe and stop limiting stories, connect to the Core of your essence, and be in the Quantum Field of infinite love.

The difficulties you experience in life often show up in your physical movement. For example, if you are rigid in thinking, it can be observed as tightness in the spine and a small range of movement. If you have a hard time making decisions to change, I can see your hesitation or resistance in shifting directions in movement. Different moves are used to detect your emotions appearing in your movement and diagnose your myths and limitations. As your movement shifts, you life changes.

Dr. Kelly McGonigal, a Psychology professor in Stanford University, has researched the science behind the benefits of movement in shifting emotional states and well-being. In her video interview, she cited the scientific evidence of feel good hormones, generated after 20 minutes of movement in dogs and human. Movement Feedback connects you to the body intelligence and the added feedback process takes it to a whole new level with amazing results.

Movement Feedback classes are even more powerful in transforming people, because of the feedback on what myths showing up and where energy is blocked often due to unfelt emotions. So many layers of feedback are provided to move you forward. In addition, I give you movement instructions to clear the blocks and penetrate the myths, often instantaneously and magically.

According to Anat Baniel, the author of “Move into Life”, our brains are organized through movement. Movement rewires the brain and increases vitality & youthfulness. It is very common that students report to each other looking younger and younger as they take more and more Movement Feedback classes.

In class, we also have fun exploring all varieties of movement. Anat found that as we introduce new patterns of movement combined with attention, our brains begin making thousands, millions, and even billions of new connections. These changes quickly translate into clear thinking, easier movement, reduced or eliminated pain, and more successful action. As a result, new possibilities emerge in your life!

Scientists reveal that the brain can fire up to 1 million synapses in 1 second of slow movement with awareness. Low vibrational moods are emotional habits that form ruts in brain pathways, causing people to be stuck. Supporting evidence from many Neuroplasticity researches shows that conscious movement activities can rewire brain pathways for less reactivity and more happiness after several months.

It is common knowledge that a person has roughly 60,000 thoughts in a day. In his book, “Breaking the Habit of Being Yourself”, Dr. Joe Dispenza reveals most of our thoughts are merely neuroelectrical activities that the brain fires automatically without our control. Our thoughts and emotions are often out of our awareness.

In the video interview below, Dr. Dispenza stated “95% of who we are by the time we are 35 years old is a memorized set of behaviors, emotional reactions, unconscious attitudes, hardwired beliefs and perceptions.” Movement Feedback reveals these unconscious patterns to you so you can make changes possible for health and well-being. Receiving feedback while unconscious mental and emotional processes afre occurring is a powerful way to train your observer, in order to be awakened from unconsciousness and connect to your true essence.

Dr. David Hawkins, the author of “Power vs. Force:  The Hidden Determinants of Human Behavior”, developed the map of consciousness as a powerful framework for personal growth and conscious living.

Consciousness is more than just being aware. Awareness typically refers to knowingness at the mental level, while consciousness is a state of knowingness that encompasses all mental, emotional, and spiritual aspects of ourselves.

The consciousness we operate in is actually equivalent to the lens we use to see reality. Dr. Hawkins determines levels of consciousness by vibrational frequency levels, the higher vibrations the better.

Movement Feedback trains you to raise consciousness and choose it from moment to moment in your life.

By shifting from negative to positive emotional states, cancer patients may change the body’s hormonal chemical environment so much that many cases of spontaneous healing could occur.

In Movement Feedback, you receive the actual reference points of empowering emotions to feel in the body for health and success. The reference points work through an entrainment process, where your vibrational frequencies are raised to match my high vibrational states.

What differentiates Movement Feedback from other spiritual, energy, or self-improvement work is that you can actually feel high vibrational states and deep silence physically in your body.

With time and practice, you can start to live your life with joy and ease you have experienced in classes, to manifest financial success and abundance. Students often report synchronicity and unexpectedly good outcomes.

Connect with the Core

Physically, the Core of your being is in the center of the body, just 2 inches below your naval, often called the 2nd chakra. Five thousand years ago, ancient Chinese referred it as the Dan Tian (气沉丹田), a place to store energy in Qigong.

The Core is referred to as the inner body in the book “The Power of Now” by Eckhart Tolle, who teaches presence and consciousness from Christian perspectives.

In class, we do exercises to drop awareness to Core so we can feel the innate joy and safety. My reference points plus feedback help you drop deeply into Core. When it happens, your voice often deepens, coming from Core near your diaphragm. Some students also report feeling heat at Core, even heat in the whole body.

Being a great pioneer in spiritual teaching, Karl Wolfe’s greatness is at the scope of Eckhart Tolle and Deepak Chopra. Karl not only spoke about spirituality in terms of the Quantum Field of infinite love, but also embodied Spirit through movement feedback to raise human consciousness.

In the Quantum Field, Karl connected students to the deepest part of their being to actually feel it in the body. At the same time, the students expanded their energy field as some shadow materials were integrated in the Quantum Field. It translated to the students showing up in life to make a difference in the world. Some students reported adding one or more zeros to their incomes.

You cannot solve an issue in the state that you created it. Fast shifts from Movement Feedback are possible because we tap into our supernatural powers. Connecting to the Core is our access to the Quantum Field.

Karlwolfe.org has all of Karl Wolfe’s articles on the Quantum Field, Movement Feedback, and Consciousness.

Due to modern people’s sedentary life styles, many illnesses arise from the brain losing awareness of the body parts. The book “Somatics: Reawakening the Mind’s Control of Movement, Flexibility, and Health”, written by Thomas Hanna, demonstrates that movement reestablishes the brain to body connections necessary for healing.

In addition, Movement Feedback is a form of somatic meditation. It allows you to drop thoughts and reach really deep silence in the Quantum Field, which may not be achieved even with years of mindfulness meditation.

As compared to Yoga, Movement Feedback increases the body awareness even more, with the added elements of feedback and grounding.

Grounding gains you access to the Quantum Field. It is maintaining constant feeling of the Core and awareness of the earth beneath you. It allows energy to move you with ease, instead of you relying solely on muscles. The ease in movement is then transmuted to the ease and flow in your life.

According to spiritual author Eckhart Tolle, old emotional pain is carried around inside a person as a “pain-body,” with the tendency to use these emotions to control our thinking.

It is human nature to suppress emotions. Avoiding emotional pains often leads to unproductive behaviors and failing to do what is needed for success. Deep rooted emotions are the cause of all kinds of addictions and human aggression.

Movement in the Quantum Field shakes loose some emotions of the pain-body, ready for integration. I tell students what emotions types and where the blocks are located in the body. Students are supported in class to face the emotions and go into the middle of the emotions, a process referred to as penetrating emotions. Once the emotions underneath myths and persistent thoughts are fully integrated, you are no longer at their effects, and the unproductive behaviors diminish. Penetrating emotions make it possible to stop addictions. It also opens up the gateway to live an abundant life!

Happiness for No Reason

In his book “Hardwiring Happiness”, Dr. Rick Hanson discussed the brain’s negativity biases as Velcros for negatives and Teflon for positives.

Movement Feedback helps you release negative emotions and enhance positive emotions, leading to frequent experiences of happiness for no reason. Staying in Core enables you to feel innate joy, experiencing child like joy for no reason.

In a video, Deepak Chopra once said “Purification occurs in the brief silence between thoughts, just like washing a dirty cloth a little bit at a time.”

The most important instruction for Movement Feedback is to drop thoughts. Through consistent movement feedback practice, I have experienced two major spiritual awakenings.

One was beholding beauty, all of a sudden everything I saw was beautiful, instead of focusing on negatives and imperfections before. It is beholding beauty that makes a huge impact in bringing out the best out of students to move forward.

Another awakening was penetrating emotions, I could feel and integrate, immediately or within a couple of days, whatever painful emotions that came up. Having penetrated lots of emotions enables me to become a clear channel for the Quantum Field energy to move students forward in classes.

Movement feedback provides you with valuable information on what hold you back and how to move forward energetically. We may deal with your lifelong limiting patterns and unproductive behaviors. You are accountable for stopping the myths and taking actions to actualize results. It is serious work to fully embody Karl’s teaching, as periods of contraction may occur before you expand to a higher level.

Potential benefits gained by many through consistent participation are:

Spiritual: awakening, connection to the deepest part of being, and enlightenment

I invite you to experience the power of Movement Feedback.

This site uses Akismet to reduce spam. Learn how your comment data is processed.